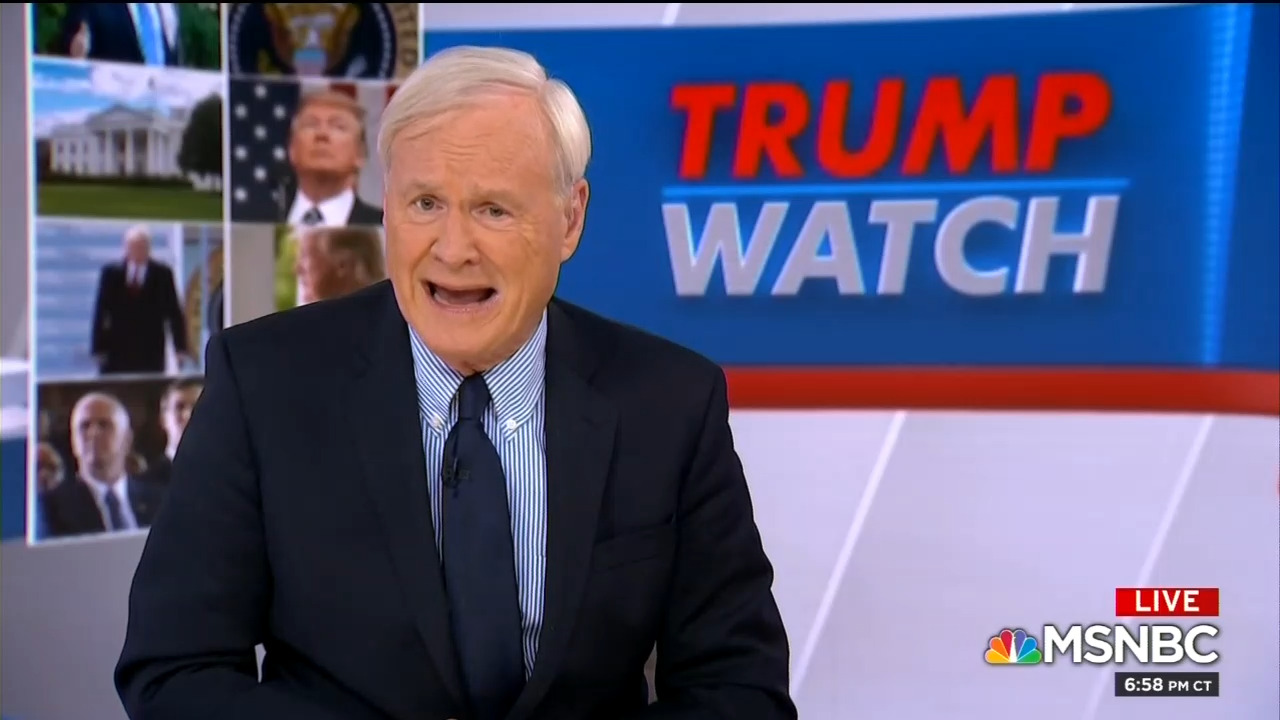 Hardball With Chris Matthews airs weekdays at 7 PM Eastern on MSNBC. Hardball began on CNBC in 1997 before moving to MSNBC in 1999.

Matthews once wished someone would put a “pellet” in Rush Limbaugh’s head so he could “explode like a giant blimp.” He’s also accused the Republicans of being haters who thought of Obama this way: “We hate you, we want to kill you….politically.” Republicans want to “kill the black vote.” Matthews has smeared anyone who is pro-life as being a fascist. Matthews regularly accuses conservatives of being homophobic and racist.

In February of 2008, co-anchor Keith Olbermann had to warn “steady,” as Matthews recalled feeling a “thrill going up my leg” as he heard then-presidential candidate Barack Obama's speech. Lately he has taken to comparing President Trump to criminals like John Wilkes Booth and a range of dictators, including Kim Jong-Un.

Before becoming a talk show host, Matthews worked as a speechwriter for President Jimmy Carter. In 2016, Matthews's wife, Kathleen Matthews, unsuccessfully ran for a seat in the U.S. House of Representatives for Maryland's 8th Congressional District, as a Democrat.

The Worst of Hardball With Chris Matthews Bias: