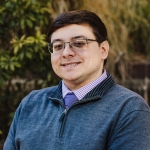 Nick grew up in East Stroudsburg Pennsylvania. He graduated from Binghamton University in 2013 with a degree in Political Science. While at Binghamton he served as the Speaker of the Student Assembly and wrote for the Binghamton Review, where is love for journalism started. After graduating he interned at the Franklin Center for Government and Public Integrity where he worked with Watchdog Arena. Between the months of September and December he can be found every Sunday cheering on his New York J! E! T! S! Jets Jets Jets!