During the election year, the Pew Research Center for The People & The Press frequently polled public attitudes about the media. In an October 15, 2000 report, the group found that most voters 'generally believe the media has been fair to both major presidential candidates, but more say the press has been fair to Al Gore than to George W. Bush.' In fact, the vast majority of respondents (89%) agreed that reporters' political views often or sometimes influenced the coverage. 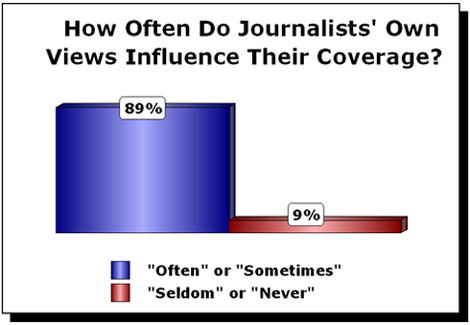