A major biennial news consumption survey from the Pew Research Center for the People and the Press released on August 17, 2008 found that 'virtually every news organization or program has seen its credibility marks decline' and 'Democrats continue to give most news organizations much higher credibility ratings than do Republicans.' In preparing the 130-page report on media credibility, Pew talked to 3,615 adults; the data are comparable to earlier Pew studies that followed the same methodology. 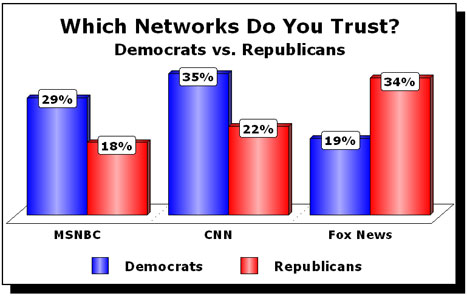