Exhibit 2-16: Public Reaction to Media Coverage of the 2008 Primaries

During the 2008 primary season, a Pew Research Center poll of 1,000 Americans discovered that most thought 'press coverage has favored Barack Obama than thought it has favored Hillary Clinton.' Earlier, a Rasmussen poll of 800 likely voters taken after the New York Times published a front-page story insinuating that Republican Senator John McCain had engaged in an extramarital affair found that two-thirds believed it was not 'simply reporting the news,' but 'an attempt by the paper to hurt the McCain campaign.' 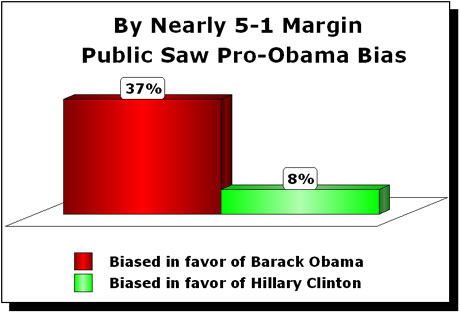