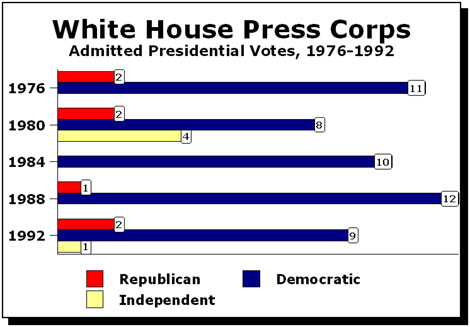 Previous: Exhibit 1-6: Journalists - Who Are They, Really?
Next: Exhibit 1-8: The Media Elite Revisited