In 1985, the Los Angeles Times conducted one of the most extensive surveys of journalists in history. Using the same questionnaire they had used to poll the public, the Times polled 2,700 journalists at 621 newspapers across the country. By a two-to-one margin, reporters had a negative view of then-President Ronald Reagan and voted by the same margin for Walter Mondale in 1984. The survey also asked 16 questions involving foreign affairs, social and economic issues. On 15 of 16 questions, the journalists gave answers to the left of those given by the public. 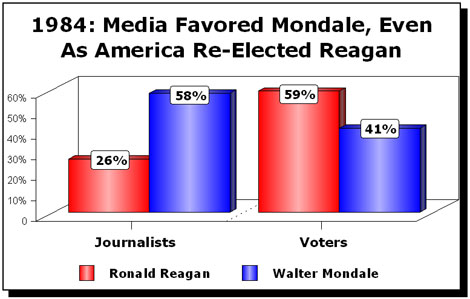