New York Times columnist John Tierney surveyed 153 campaign journalists at a press party at the 2004 Democratic National Convention in Boston, and found a huge preference for Democratic Senator John Kerry over President George W. Bush, particularly among journalists based in Washington, D.C. While journalists from outside Washington preferred Kerry by a three-to-one margin, those inside the Beltway favored Kerry's election by a 12-to-1 ratio. 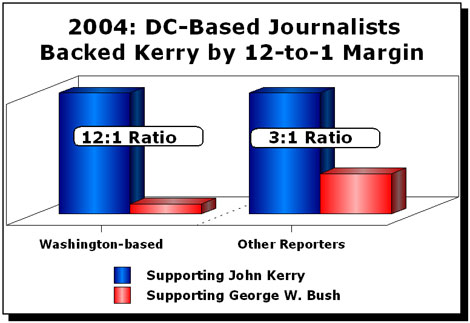