In 1996, as a follow-up to a 1988 survey, the American Society of Newspaper Editors (ASNE) surveyed 1,037 reporters at 61 newspapers of all sizes across the nation, and found that newsrooms were more ideologically unrepresentative than they had been in the late 1980s. While the percentage of journalists calling themselves 'Democrat or liberal' essentially held steady (going from 62 to 61 percent of those surveyed), the percentage saying they were 'Republican or conservative' dropped from 22 percent to just 15 percent of journalists. The ASNE report, The Newspaper Journalists of the '90s, also revealed that bigger — presumably more influential — newspapers had the most liberal staffs. 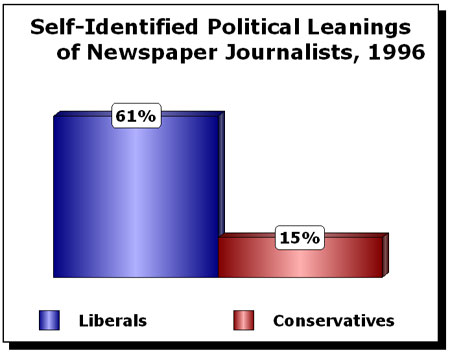